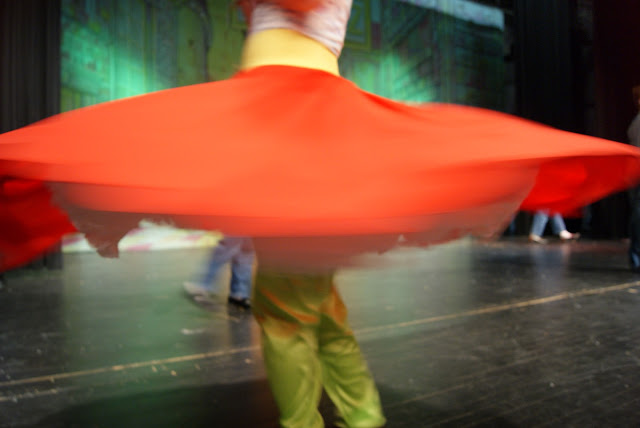 {The Wizard of Oz}

Next up for the Wizard of Oz costumes were 3 lullaby league skirts... the choreographer wanted 3 flower skirts meaning circle skirts with a scalloped hem, this was for 3 different sized teenage girls which was a new experience for me since I usually only sew for my 4 year old daughter. The choreographer wanted red, orange & blue (primary color) skirts and all the materials had to be as inexpensive as possible due to the tight budget since there were 100s of costumes just for this one production. 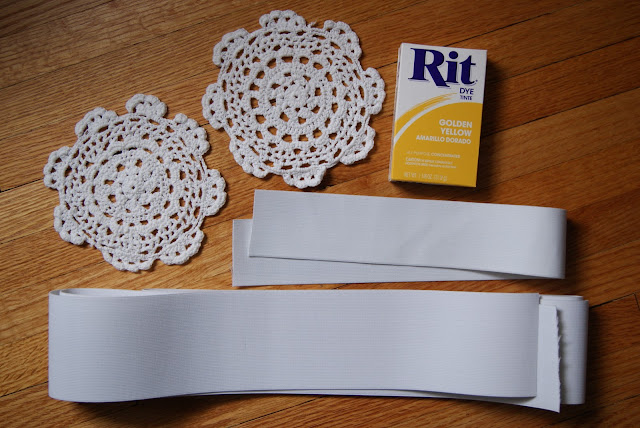 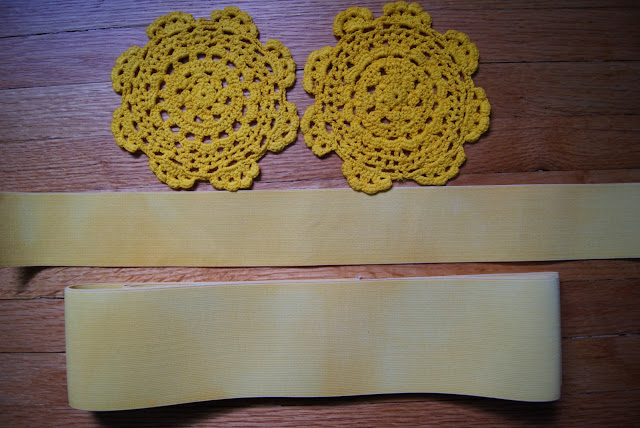 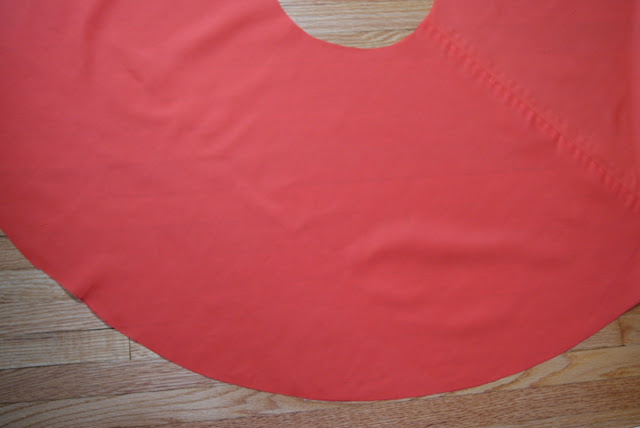 For the circle skirt I followed this tutorial, but here are some other things I found helpful. 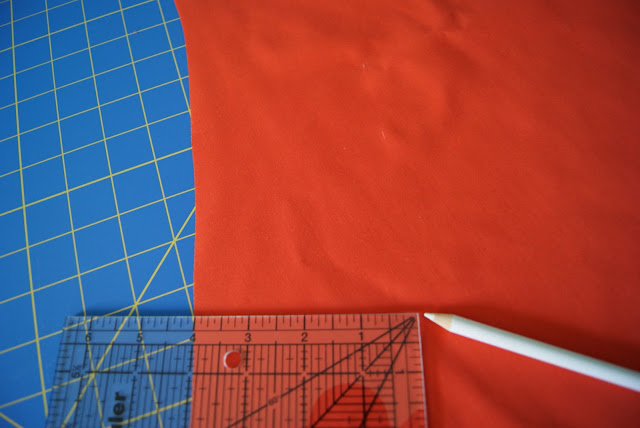 This isn't an exhaustive tutorial, there are many great scalloped hem tutorials out there, I used this one. So I won't go into too much detail & let the photos show how I did it, but I'll just mention a couple things. The most time consuming part was the scalloped hem, especially all the clipping around the curves before turning them right side out. One thing I did was add a little piece of Peel 'n Stick (I love that stuff, it's my new best friend) to every other scallop to secure it & looking back I wish I would have added one to every scallop. Every other scallop drooped down, I'm sure no one else noticed, but I did. 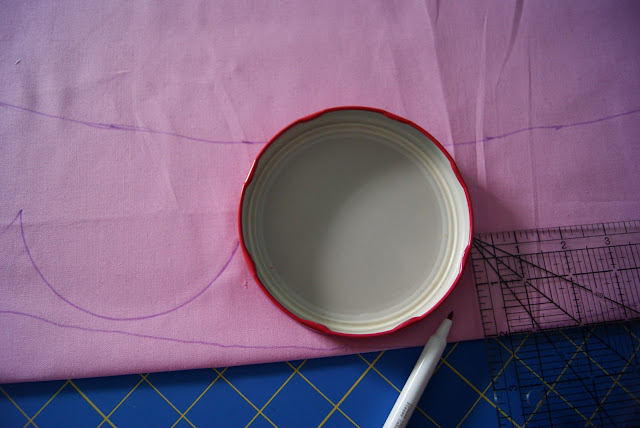 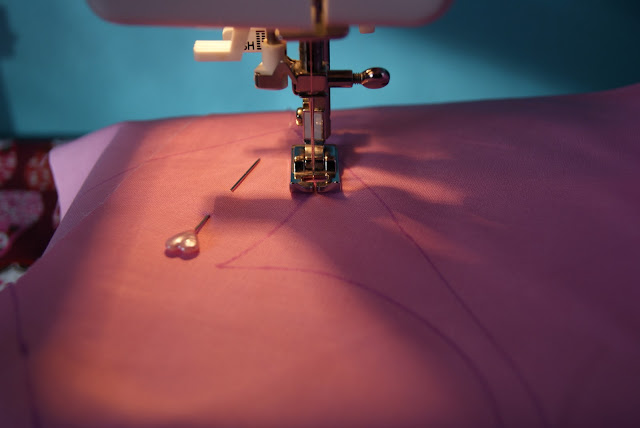 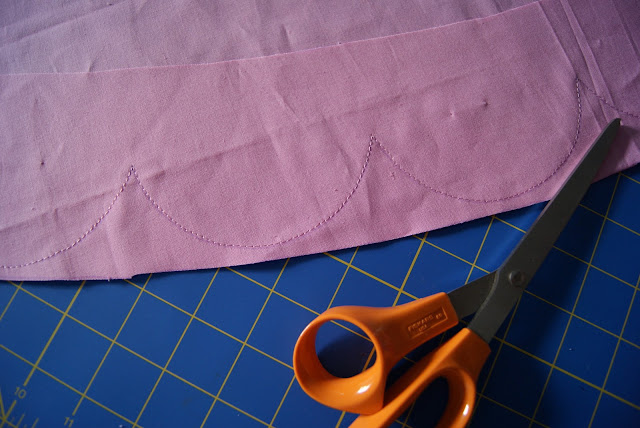 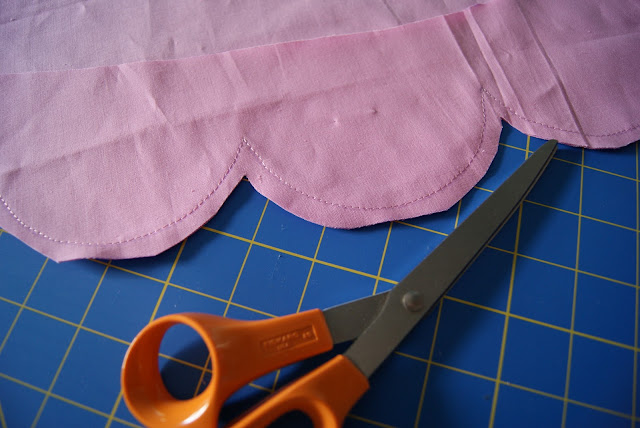 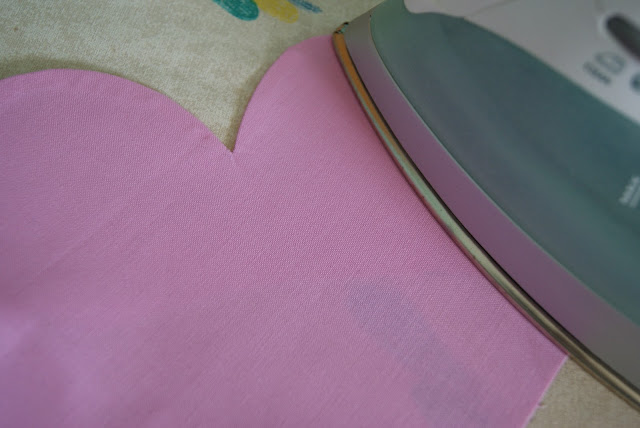 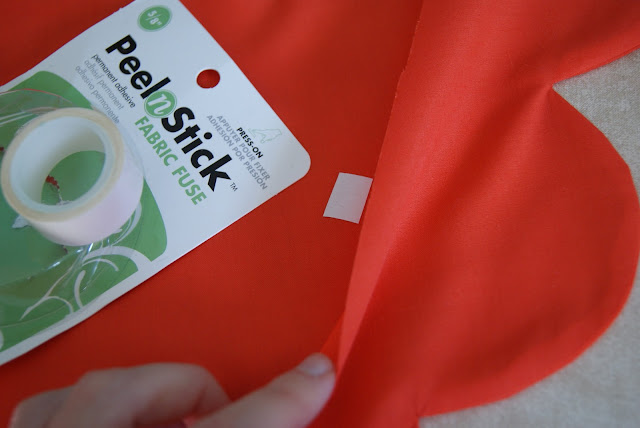 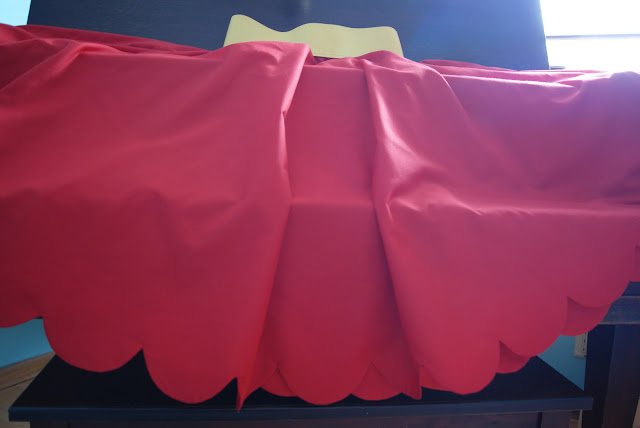 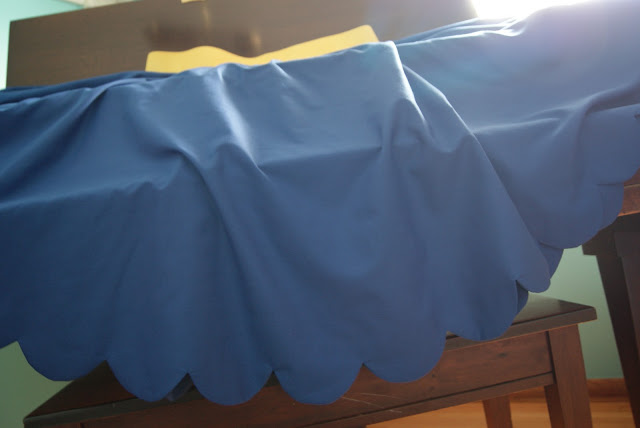 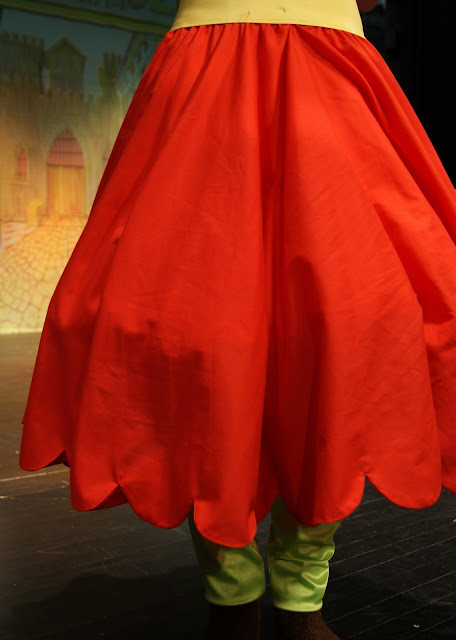 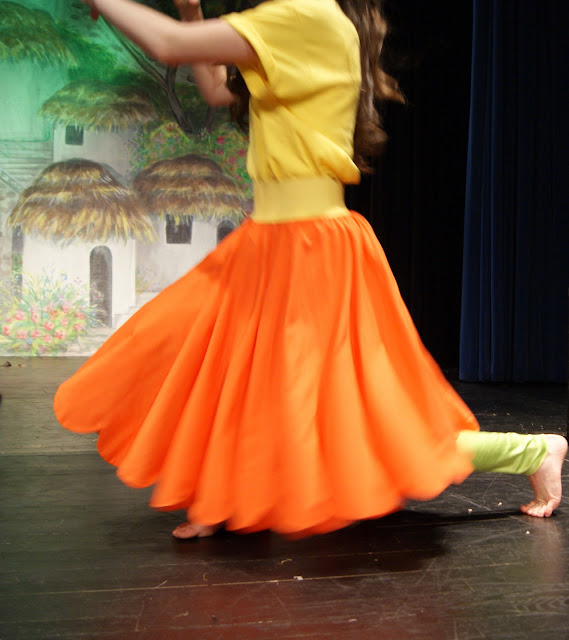 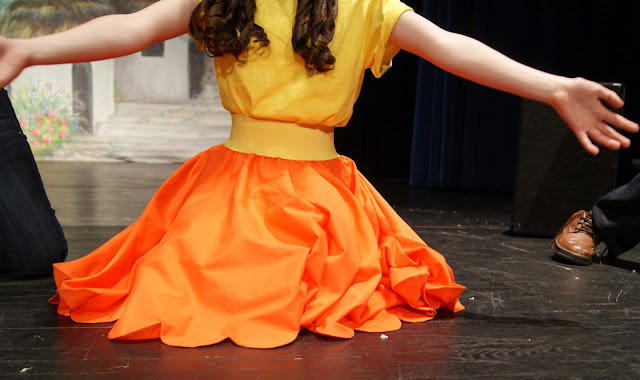 It was fun to sit in the audience & watch 'my' flower skirts performing on stage, even if they were only on stage for for the Munchkinland part of The Wizard of Oz musical :)

See you tomorrow for one last Wizard of Oz costume...
Posted by nest full of eggs at 8:36 AM 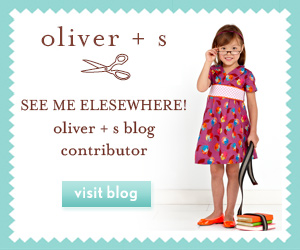 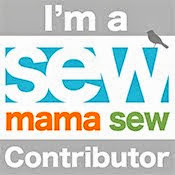 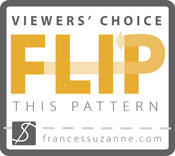 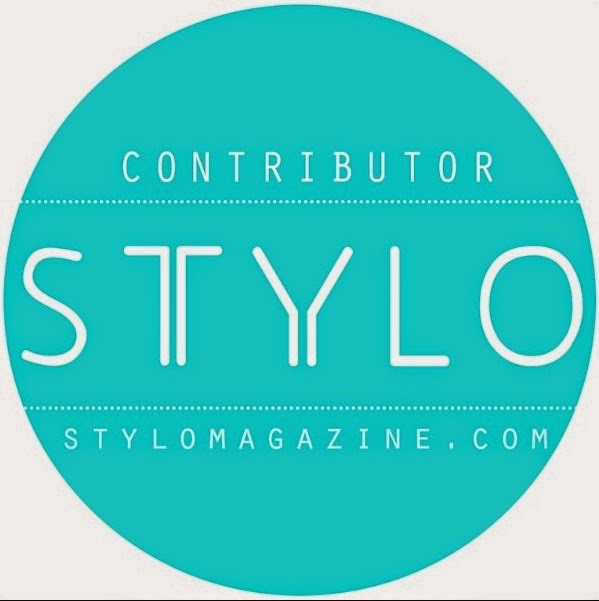